Toronto is primarily served by the Lester B. Pearson International Airport (YYZ) located just west of the city, followed by the Billy Bishop Airport (YTZ) situated on the Toronto Islands.

More than 75 airlines from across the world land at Toronto Pearson every day, therefore, making it one of the most popular airports for airplane enthusiasts in North America.

What is Plane Spotting?

Plane spotting is a hobby of watching airplanes. Some people take great interest in general information about airplanes at their local airport such as where they are coming from, where they are going and the airlines that operate them. Some plane spotters are also interested in technical details of aircraft such as their type, their make and their manufacturer.

Most plane spotters have a camera such as the one that comes with their cellphone. Others have more sophisticated equipment such as DSLR cameras and VHF Radios to listen live communication between the pilots and the Air Traffic Control.

Plane spotting does not come without risks and challenges. Airport security is always a high priority. The airport perimeter is usually larger than what is required for airport operations. High walls and trees usually surround the airport as a protection from deafening sounds of roaring engines, deadly jet blasts, and as a means of security.

Security personnel employed either by private companies or government entities do not entertain cars and pedestrians illegally stopping at airport fences and walls. The skies are also continuously monitored by the nation’s airforce command.

Nevertheless, the idea of an enormous machine, deafening your ears as it passes over your head up close is an exhilarating and unmatched experience which you will not mind to share with friends and family.

The area around Toronto’s Pearson International Airport has a few spots providing the best experience of watching aircraft landing. Toronto Pearson is a busy airport with 1250 aircraft movements a day.

Because most flights from Toronto serve destinations within Canada and the North-Eastern United States, the bulk of aircraft you will see will be operated by Air Canada. Air Transat and West Jet. These are followed in number by United and Delta.
The most popular routes from Toronto Pearson are to Montreal, New York City, Ottawa, Calgary, Vancouver, Chicago, Newark and Edmonton.

Emirates was the only airline that flew the Airbus A380 to Toronto. In 2019, Emirates announced its A380 retirement plan and replaced it with a Boeing 777.

See the above map in full screen with more details.

Toronto Pearson has five Runways. Three runways are aligned in the East-West Direction:

The other two are aligned North-South

Runway 05-23 (cyan) is the longest runway at 3389.4 metres. It accommodates all the largest planes arriving at Toronto Pearson, including the Emirates Airbus A380.

The challenge for Plane-spotters at Toronto Pearson is that the usage of runways is dependent on one or more of the following factors:

The most common runways in use for landings and departures at Toronto Pearson are the East-West Runways 23, 24R and 24L
The second most common configuration is the West-East direction at Runways 05, 06L and 06R.

Between the hours of 12:30 AM and 6:30 AM, Toronto Pearson imposes a Night Flight Restriction Program. This means fewer planes land and take-off at this time. Also, the airport switches to a preferential runway system, where planes take off and land in opposite directions. At such times, Runways 05, 06L and 15L are used for arrivals and Runways 23, 24R and 33R are used for departures. Therefore you may not notice any air traffic in the East and the South of the airport after midnight.

How to prepare for Plane Spotting and must-have apps

Because how flight patterns at Toronto Pearson can change quickly, you may find yourself at a popular location with not a plane in sight!

Therefore it is imperative to prepare yourself with clothing, food and equipment and any information that can be very helpful while you are on location.

Before starting out, always check the weather. You do not want to be caught in the rain for example even if you will be sitting in your car. The rain can block your view and wet your camera. A sudden cold snap will be very unwelcome if you were not dressed appropriately for it.

See a larger map with more details at flightradar24.

No plane spotting trip should be without the flightradar24 app installed on your phone or tablet device. It shows you air traffic in the skies above you. Most importantly, you see how the planes are moving and where they are landing and taking-off. This helps you greatly in choosing a location to wait accordingly.

If you are on the lookout for a particular aircraft or airline, then you may want to take a look at the the Toronto Pearson Airport Website for:

This will also help plan your trip to the airport if you are looking for a maximum number of landings and take-off within your limited timeframe.

The best locations around Toronto Pearson for watching planes

Planespotting should be a fun hobby shared with friends and family. I will never promote anyone taking risks with the law and putting life and limb in danger, therefore ruining it for everybody else.
By stating the above, I, therefore, free myself of responsibility for any consequences, legal or otherwise, that will or may occur to you by your own doing or by the action or neglect of a third party.

There are about five public locations I am aware of just outside the Toronto Pearson Airport perimeter where you can watch aircraft take-off and land. The above map shows you a possible route you can take encirciling the airport in counter-clockwise direction, starting from the eastern most point.

There is a Hooter’s and an adjoining parking lot that is on the approach to Runway 24R. Highway 427 runs just across the road.

You can park your car here facing away from the road and have a great experience watching planes land.

Just a short walk to the south along Carlingview, there is a Best Western Premier Toronto Airport Hotel. Here you will find the approach to Runway 24R. You can also park your car at the Moores Outlet Store and watch planes from there.

This is the most popular spot to watch large aircraft land on Runway 23. There is a Wendy’s at this location and the adjoining parking lot is large enough to accommodate several cars and groups of plane spotters.

There is a Petro Canada next door which has a huge lot behind for semi-trailer-trucks. You will see here ILS towers guiding pilots to Runway 23. You can stand here and watch planes pass above your head as they land.

A Jet Blast Deflector across the street may prevent you from watching aircraft making their touchdowns.

There is a parking garage that can be accessed from Caravelle Drive whose rooftop can provide unobstructed views. You will need to pay for access if you want to be on the rooftop taking pictures.

Nearby is ZET’s restaurant, which is casual diner, popular with the plane spotter community. It is open 24 hours. You will find offers for “All Day Breakfast”, Burgers, Souvlaki, Steaks, Salad and Seafood.

There is a parking lot at this location where you can watch planes approaching Runway 15L.
The final approach is a minute walk east along Derry, where you will find a gate and a paved space for a single vehicle.

Vehicular traffic tends to get heavy in the area. So you will need to be careful here you walk especially during the rush hours.

From this location, you can get a glimpse of activities on Runway 15R. There is a 24-hour Tim Horton’s with a nice patio, which I think was purpose-built to deter trespassers from sneaking into the FedEx Terminal.

Nearby, you will find charter flight companies, a few parked airplanes, an Air Transat Hangar, and Firehall 2.

This is the second most popular spot to watch aircraft activities on Runway 05. There is a Tim Horton’s and a Princess Auto with adjoining parking lots where you can park your car.
The Tim Horton’s is a busy location, for many truckers and plant workers in the area.

The final approach of Runway 05 is about an 8-minute walk north on Dixie Road. However, there is a large Jet Blast Deflector that will block your views of touchdowns.

This is the spot to watch the massive Emirates A380 land in the morning, followed by the many other wide body aircraft.

Convair Drive begins at the eastern terminus of Courtney Park Drive. This road is located within the airport perimeter. It is open to private cars and driving along it is quite exciting. You may be able to see aircraft movements at a very close range.

Convair Drive begins in the south from Courtney Park Drive, barely 800ft away from Runway 15R-33L. At about 1.5km from Courtney Park, it meets the eastern terminus of Brittania Road East which continues infield toward the SkyService FBO. The road then turns left and travels parallel to Runway 06R-24L, ending at Renforth Drive.

There is absolutely no stopping along the entire length of Convair Drive. You will risk getting booted back into your car by airport security. If you are caught taking unauthorized pictures, you may incur a fine. 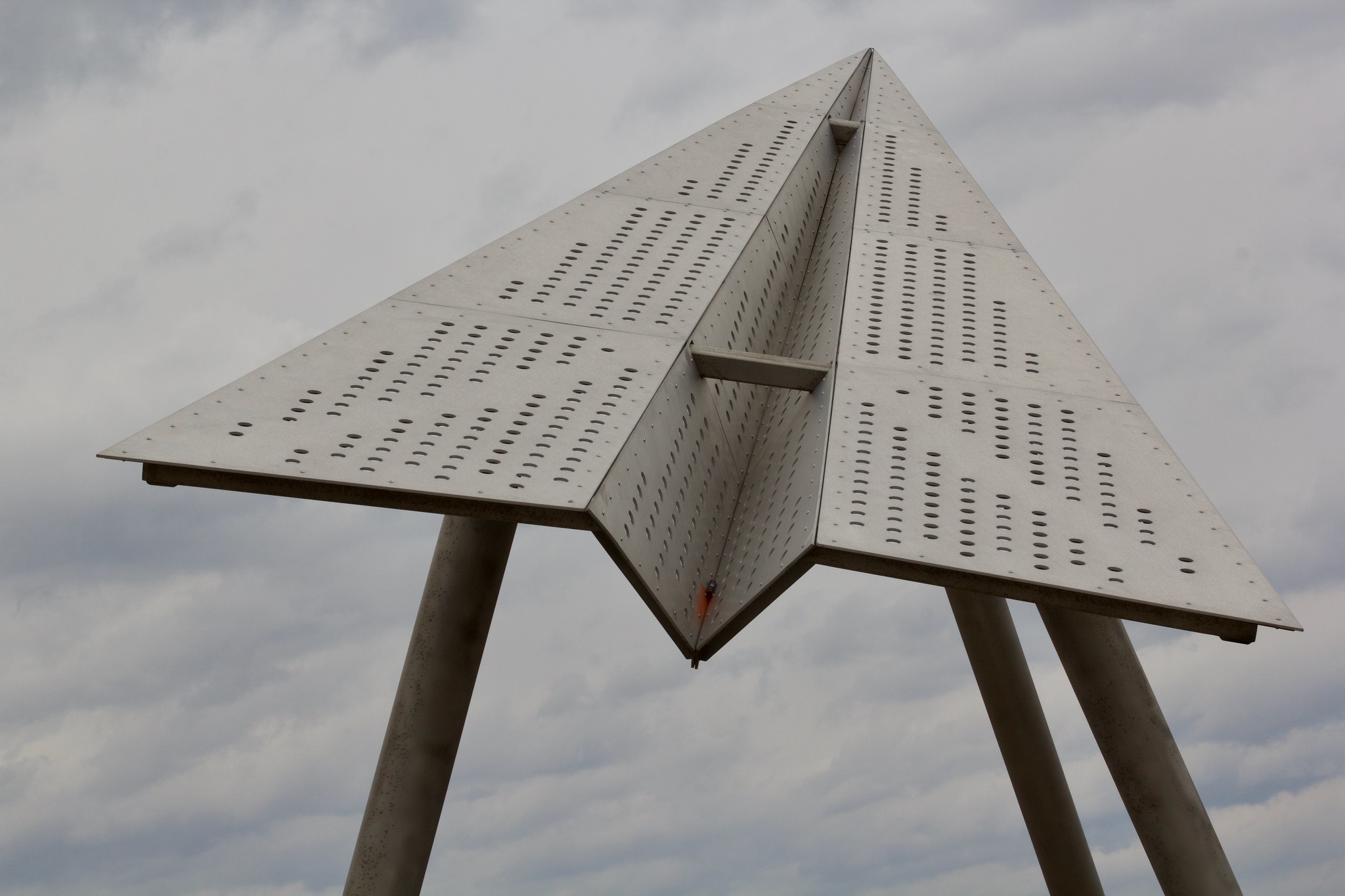 Danville Park is a joint effort between the city of Mississauga and the Greater Toronto Airports Authority to create a community space for observing airplanes and the airport from a hill that is 25 meters (82 feet) high.

However, Danville Park is over 4km away from Toronto Pearson. It is also located in between the approaches of Runways 05 and 06. Sometimes, it is hard to see planes approaching the airport with the naked eye. It is a far cry from the excitement and the thrill of the other (legal) plane spotting locations I have mentioned above.

Danville Park is located at the corner of Courtney Park and Kennedy Road, overlooking the busy Hwy 410. It has a very good vantage of the airport. You can see the city light up at night and get a unique feel of Toronto, which makes this park a worthy mention.

If all this talk of Plane spotting is boring for you, then I recommend you book a guided tour of the behind the scenes of airport operation.

The tour takes you around the terminal, the infield, the fire-halls, the control towers and of course, the hangars. The tours are seasonal and do not operate in the winters and inclement weather.

You may even participate in the annual Toronto Pearson Runway Run, where you can run 5K or walk 2K with planes landing and departing in front of you. This is an effort to support The Propeller Project that aims to help unemployed and under-employed individuals in the community.

Do you have any tips on watching Planes land at Toronto’s Pearson Airport ?

Share your experiences by commenting below. If you have a better tip, I will be sure to update this post crediting you.

We hope this article has helped answer questions such as: How can you watch planes near toronto Airport ? Where are the best places to clearly see planes landing in Toronto ? Where can you find information about planes over Toronto today ? What is the best app for monitoring planes ? 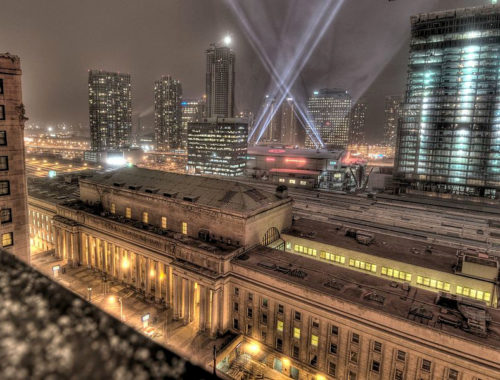 Hotels near the Toronto Union Station with a Swimming Pool 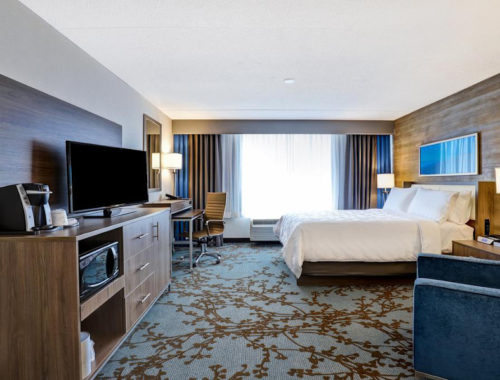